This book celebrates the 25th anniversary of the journal with over 165 large-format photos by Frank Wisniewski illustrating passages from the original SDJ. Order by e-mailing Jack. 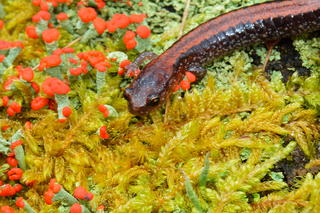 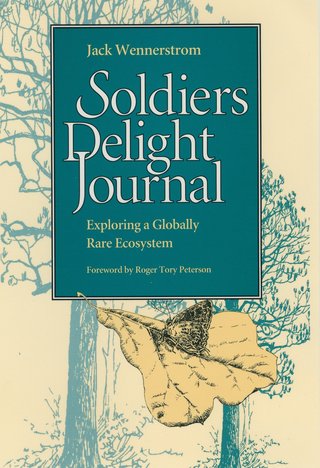 “So sharp is Mr. Wennerstrom’s eye, so burnished his style, that his Soldiers Delight Journal may have the perverse effect of attracting too much notice… Henry David Thoreau would have admired this wild serpentine grassland, and this book.”

“NATURALIST'S MEDITATION ON SOLDIERS DELIGHT IS QUIETLY BRILLIANT”—“An artful writer who gracefully mixes science with wonder. This is a reflective, descriptive and fact-filled account of one year in the life of the Soldiers Delight Natural Environment Area, a globally-rare, 2,000-acre prairie remnant in northwest Baltimore County.”

“He does his research, but he’s able to combine that kind of overview with a poet’s or a novelist’s understanding of writing. He is someone upon whom nothing is lost, and he helps his readers discover a natural world nearby that they might otherwise overlook. He combines scientific accuracy with a deeply felt appreciation of nature’s wonders.” 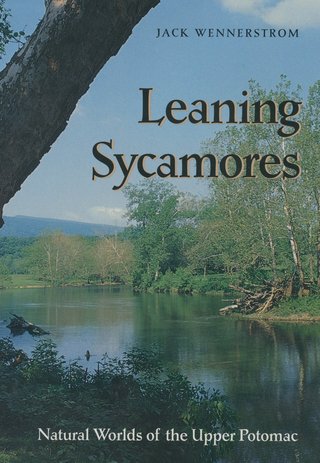 “What has saved the tall sycamores of the upper Potomac, Jack Wennerstrom theorizes, is their failure to lend themselves to human convenience… too bad for utilitarians, but bully for lovers of majesty.”

“In a progression of ten engaging chapters, Wennerstrom explores the entire multi-leveled Potomac River ecosystem (and) chronicles people’s interaction with the river, spinning tales of the canal, the railroads, the little waterside towns. Wennerstrom has a gift for the striking observation (and his) approach to his subject is refreshingly original, sometimes even disconcerting.” -

“Every once in a blue moon a book comes along that’s so good a book-reviewer can’t find the right words with which to praise it – and in any case, most of the usual ones already appear on the dust jacket: ‘eloquent,’ ‘passionate,' 'graceful,’ 'memorable,’ and, of course, ‘beautifully written.’ All there. And all true…” 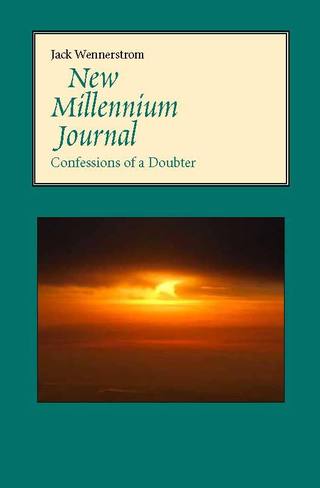 “When alone I feel more alert and somehow more resourceful. Stimuli strike in bunches, are digested more completely, and used to build fresh thought, new wonder. I say nothing foolish for there is no one there to listen. At such times ‘alone’, in fact, is not quite what I am. I am companioned by all my senses, which fan out and search with me as though my private band of woodsmen, fanatically devoted. There is no need to plan a rendezvous, to debate which routes are best, or to set a time for lunch. They share my wants and opinions. When it is over we will all meet back at the house or car, simultaneously, with infallible precision.”

“Nothing about the sycamore is quite settled or expected, despite its venerable age. Its seeds are queer, its stature when grandest is gouty, its oldest leaves tenderly peach-fuzzed. It does not flame in autumn but understates its tones, defers instead to its oracle of limbs, its cream and buff and pewter skin that whispers with shadow and bursts with change, failing to suffer growth seamlessly like most of its placid neighbors. It is something like our own mother earth, ancient but erupting through its surface for all the force it mantles. It is the callow giant of the Greenland woods, one hundred million years young, bursting and writhing like an imperfect youth still adjusting to the hulk it has become.”

"January 1: How does this new year -- some say this new millennium -- really strike me? With hope at first, and joy. But when I take stock in the daylight it is of all the old webs of decay and disgust. How did we spin such a trap for ourselves? America is a country being overtaken by greed and violence, the result of rootlessness, ignorance, self-delusion, over-population, and the flaws of human nature, which are pandered to by cads disguised as heroes, their interests mere fame and profit. Why can I not see it otherwise?"

"January 12: Middle age: what we have done we mostly forget, so that life seems shorter still, even less swelled by accomplishment, a glass of transparent liquid whose fullness is difficult to gauge. And yet now I grow into the past, see connections in lives I study that were invisible when I was young. In 1955 I thought 1938 was impossibly remote, where now it seems almost yesterday. As does 1923, or 1896. The more I probe geology and the history of the earth, the evolution of species, the biographies of men, the more I see my life as a flash, see the allotted span of three-score-and-ten as little more than a blink, see how the sense of time itself becomes broader and richer with age, a lens of magnification that grows stronger with each year."

"April 7: Saw a red fox several times. It seemed to follow some line back and forth, perhaps as it cached some food. This fox still retains its fear of men, while others have grown less wary. Is it fear that sustains true wildness? Or will fear always give in to need? Indeed, what makes something "wild"? I suspect it's less what it is than what it isn't. Wildness isn't social. It doesn't respond to greetings. It will not eat from a plate. It doesn't pose for tourists. It cannot be your buddy. It will not steal your lunch. It doesn't go near your car. It has never tasted beer. It's too big to fit in your lens. It's too long to fit in your notebook. It's too grand to fit in your head. And yet there is wildness in a drop of water. In a mosquito on a screen. In the iris of a milk-lapping cat. It is a paradox of life that all its disparate elements mingle latent in each cell. In some part of my being, I am as wild as the fox in the woods, and he is as tame as me. In the wildest savage urbanity dwells; in the mildest urbanite, savageness."

"May 5: A day of chores and gardening, weeding and cutting lawn. Scarlet tanagers evident, and whistling rose-breasted grosbeaks.

Lars Larsen may have known these birds, for they pass through Chicago as well. Even without binoculars I used to see them in the blooming trees or high on an open branch, in the North Shore yards and alleys.

They would have been welcome grace notes in his life of hardship and pain. There were ten kids after Max. Six died of diseases before they got out of childhood: typhoid, scarlet fever, diptheria, pneumonia, whooping cough, blood poisoning. It was the common lot of the era's immigrant children. Max himself was dead by fifteen, leaving the survivors -- Lauritz, Magla, Margaretha, and Ignatius -- to carry on in a saddened household.

It either made you bitter or somehow opened your heart. Ingeborg's was open. Disease killed parents as well, and when neighborhood kids were orphaned, Ingeborg took them in. For a week or month until relatives stepped in, or even on a permanent basis. Adoptions were common and informal; a simple verbal agreement was often what sufficed. Bertha was such an adoptee and became a lifelong Larsen.

Though the house they now rented was small, Ingeborg sheltered waifs. She even took in hobos and tramps, and Lars never knew who'd be snoring in his bed when he got home after work. There was no hanky-panky; Ingeborg was strict with these wanderers. She mended their clothes with a moral. And she refused to give them a meal till they'd bathed and written to their mothers."

"July 14: The cicadas are calling, and it churns up things deep inside me... All the veneers of culture do not erase my impulse to behave and think elementally. When the locusts call I wish to be prowling, astir on some great tidal marshland, or some river that winds through the hills, spearing or shooting from a boat or canoe, watching the ways of animals, peering down into pools at colossal fish or reptiles, gorging myself with midsummer fruits, smoking my skin at some campfire, falling asleep under stars so bright that I dream of them till dawn, have adventures that lift me from the earth."

"October 17: Autumn continues mild. Even the small rains are warm, the leaves tickling softly with drops, the mist not lifting till noon. In fall we see cycles of ourselves; we are not covered up by green. We are curling, wrinkling things, like the restless leaves of the trees; our flesh crackles to its death, darkens and toughens and sags. We are ripest in our decay, fat with a lifetime's storage, a winey half-sour pith, just as we plump to earth."

"December 21: The winter solstice and the festivals of faith. To love the play of light one must wait till it is dark. Yet the so-called eternal verities are not truth and beauty, but rather conflict and change. Nothing is more elusive than the truth, nothing as ephemeral as beauty. Instead it's resistance that drives the world, the galaxy, the universe. Gravity fights us to our death-beds, yet gravity made us strong. And flux is the steadfast rule. In response to what wears it down, everything changes and moves. We are lovely because we struggle; sturdy because we must perish."